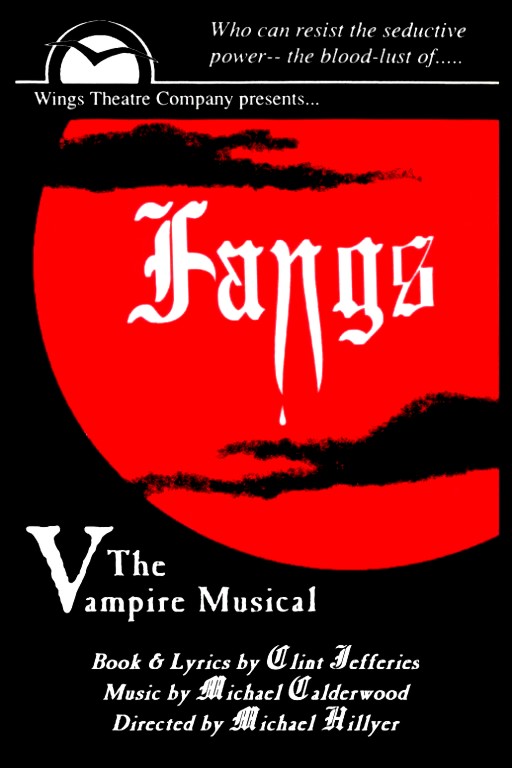 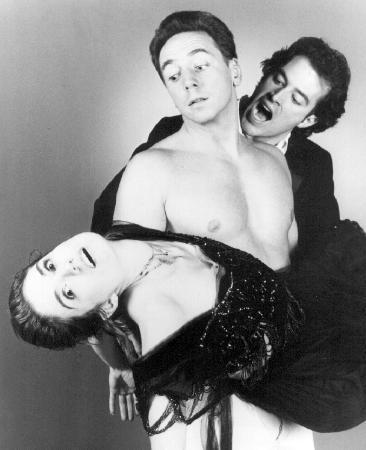 "You'll want to sink in your Fangs! If you've enjoyed Broadway's The Phantom of the Opera and Les Miserables, you'll love this Fangs, The Vampire Musical. It has everything but the turntable."

"Fangs exposes a world where amorality, opportunism and lust are survival skills. The gay vampire has seen just about everything throughout the millennia, and he's no prude either. Clint Jefferies thrills his audience with continuous surprises and twists." 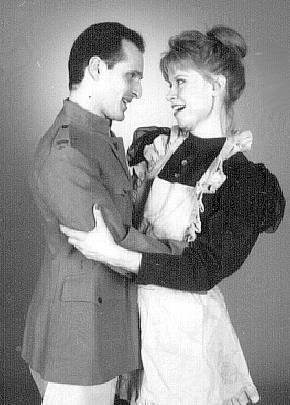 It is a dark and stormy night. Suddenly a scream pierces the gloom. Revealed in a flash of lightning is a young woman, her face ashen, her flowing white nightdress drenched in the blood flowing from the two small wounds in her neck... Thus begins Fangs, the Vampire Musical. With a lush, period score and a book that conjures up the rich melodrama of a '30's horror film, Fangs is a tale of intrigue, horror and bloodlust. From Lenore, the vicar's mad sister, bent on revenge, to M. LaRoman, a thousand-odd year old vampire with a taste for the blood of young men, Fangs will keep an audience on the edge of their seats. Written in the style of a '30's horror film, the script traverses a tawdry and amoral world while retaining a slightly evil grin. At the heart of this strange tale is the unlikely attraction of a man of God who confronts a demon -- and a vampire sees before him a cleric who knows his true nature and all of his secrets. And it’s this final twist of the plot that gives Fangs it's delectable and unforgettable bite. In the delicious finale, the restless dead rise as the surprising finale sees many of the characters into and through eternity. Piano score available. (6M/4F)

Fangs was produced by The Wings Theatre Company, NYC.